Bunker Hill Surplus is located South of Jennings, OK on Highway 99. We are an 01 FFL and are able help with your firearms needs. $30 Firearm Transfers and 90 Day Layaway plans available. Call or TEXT to 918-862-0120 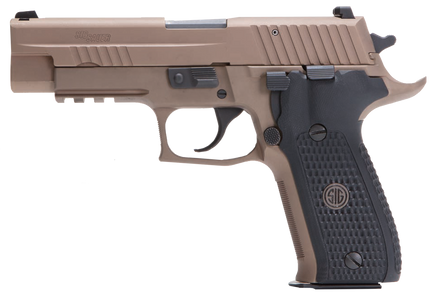 Sig's Pistols are engineered to perform anywhere, at any time, and under any circumstance. They boast unique, advanced features that stand out among the rest. The Sig Sauer P226 is the pistol that set the standard by which all other combat handguns are measured. It is used by the U.S. Navy SEALs, federal agents, and numerous law enforcement agencies across the country. The P226 Emperor Scorpion model is known for operating in low-light conditions. It features a flat dark earth PVD coated slide and frame, front cocking serrations, and black G-10 grips with Sig Mark. The P226 Emperor Scorpion also has SigLite night sights, accessory rail, and includes two 15-round magazines.